October is Breast Cancer Awareness Month, an annual campaign to raise awareness about the impact of breast cancer. MGIS was not left out; students joined in this campaign. They sold some artefacts to raise awareness and to raise funds to support this campaign. A delegation from MGIS was present at the launching of Breast Cancer Awareness at CNRAO. At the end of the month, the student body represented by Janice Soro represented the funds raised to the management of the school who then topped up to two million franc cfa. The Headmistress presented this during the Parents Forum- Get together to some delegation from CNRAO. 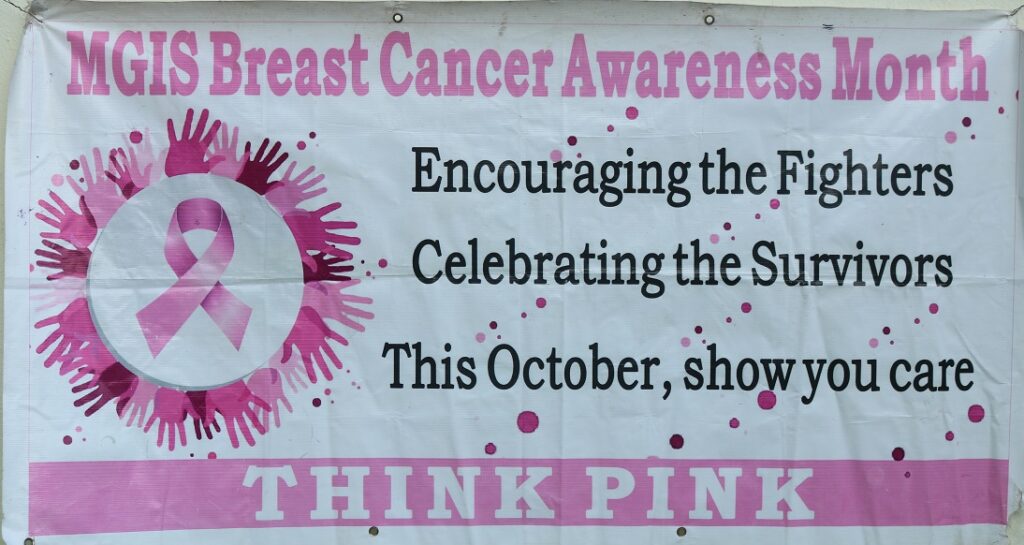 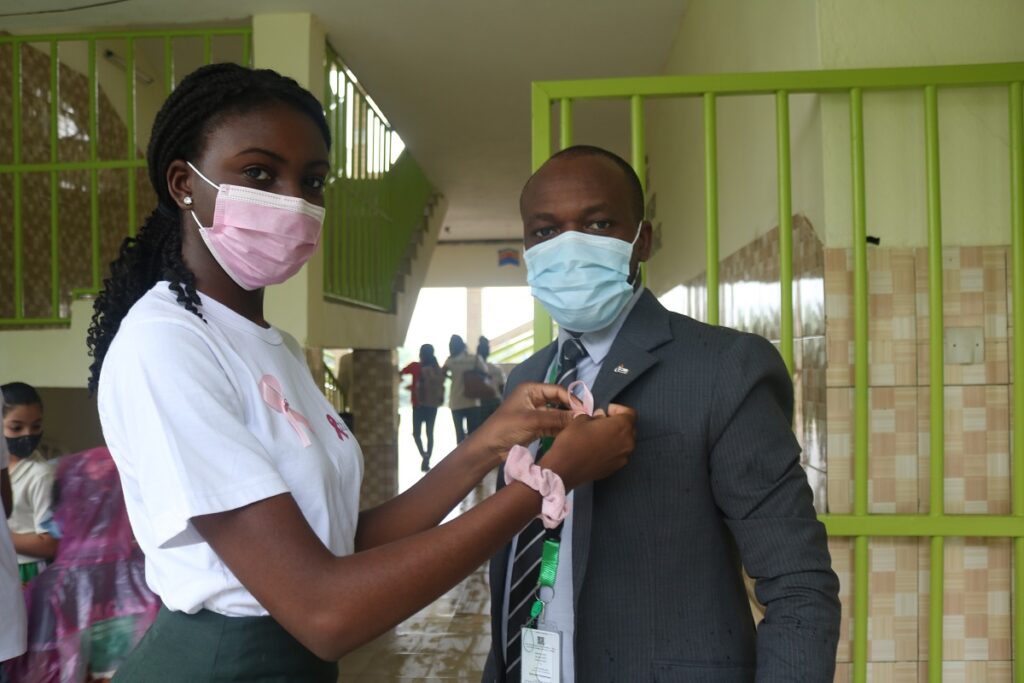